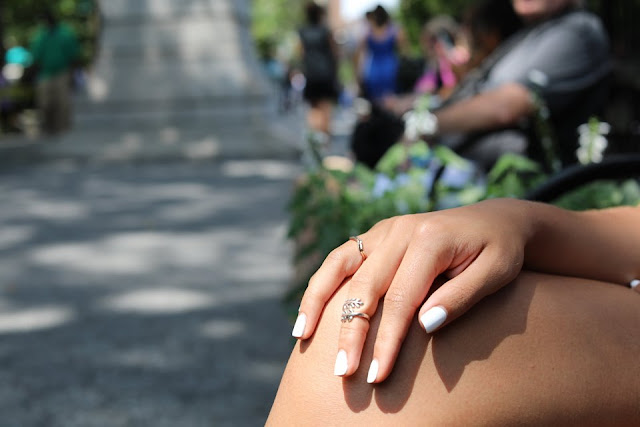 “I hardly know anything about him. Never seen a picture or anything. He was my mom’s Samba teacher. His name was Benjamin. He was Brazilian. He had dreads. Long dreads. But that’s all I know. My mom promised me that she’d tell me his last name when I turned eighteen, but I’m twenty now. And I still don’t know. I think part of her doesn’t want me to know. He abandoned her when she was pregnant with twins. And she’s a really proud woman. She has like five degrees. She’s at the top of her field. Mother Theresa even gave her a medal for her philanthropy. My father caused her a lot of trauma, and ever since then her life has been about moving forward. And I don’t want to make her go back. I don’t want to dig up the past. But he’s where I got my love of dancing. And my skin. And my hair. As much as she tries, my mom can’t relate to being a black woman. She can empathize, but she can’t relate. All my relatives were white. Almost all my classmates were white. I’d get asked if I was adopted, and I’d repeat the same story: ‘I don’t know my dad. I don’t know that side of me.’ Maybe ignorance is bliss. Maybe I’ll just be disappointed. But I’d love to know what talents came from him. What features. What qualities. I just don’t know how to ask about the other part of me– without my mom feeling that her part isn’t enough.”