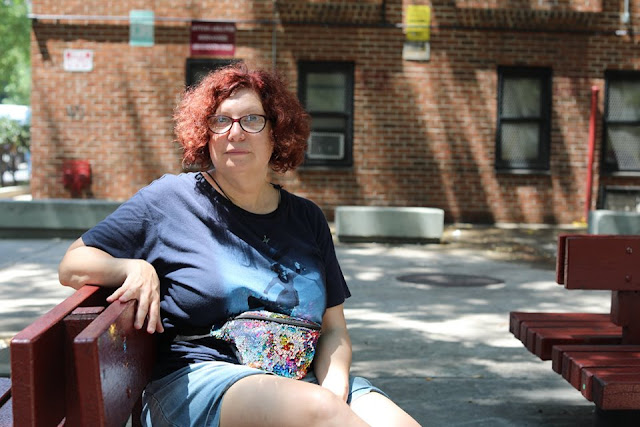 (3/4) “I was away on a trip when it happened. I’d gone to the Three Stooges Museum with the Aktion Club, and we found out that Ed had a stroke. If I had known that he was sick, I wouldn’t have gone at all. I knew that he had blood clots, but he always said: ‘Don’t worry about me. I’m fine.’ But I should have been there. It was horrible. I’d already lost nine people in my life. And now I was losing a best friend. And a coach. And a mentor. Everyone just sort of moved on after the funeral. I didn’t know what to do. I just wanted to sleep a lot. I started acting up real bad and having bad thoughts. Thoughts that were not good. I don’t really want to say. It was just so much at one time. But Ed always told me that I was stronger than that and I knew he wouldn’t want me to do this. What would Ed want? Ed would want me to slow down. Ed would want me to think things through. He lost his father too. So he knew what it was like. He’d want me to use my coping skills. He would want me to be healthy. And to live the best life possible like he’s still here. And if you think about it, a person’s spirit is kinda like a person. So it’s almost like Ed is still here. This Saturday he will have been gone for six years. I had a wonderful idea to honor him. Every year on his birthday, the Aktion Club throws a party at Riviera Pizza, where Ed took me to dinner each week.”