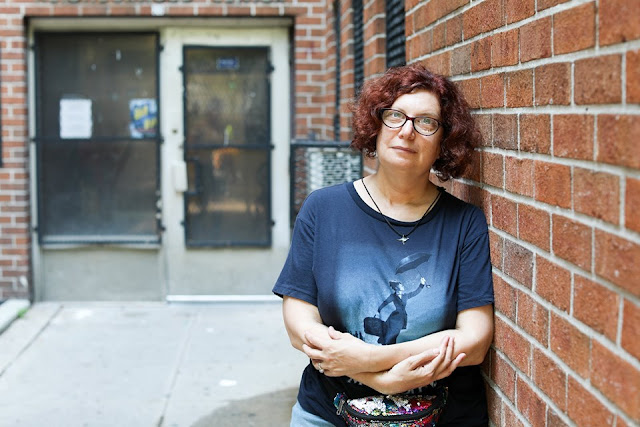 (2/4) “During my first year in Ed’s class, I lost a good friend to suicide. I felt so confused and alone. But Ed gave me a big hug, and told me: ‘That’s not going to happen to you because you’re strong. You’re stronger than that.’ And I think that’s when he changed from my teacher to my friend. He brought me home to meet his family. He became almost like a second father to me. Whenever I had a meltdown– my mom would reach out to Ed. He could always read my mind. He’d tell me: ‘I know what’s wrong. Prom is coming up in two weeks and you’re really nervous.’ But other times Ed would be tough on me because he knew that I could handle it. Whenever my feelings got hurt, he’d let me cry it out. But then he’d sit me down and say: ‘You’re stronger than this. Don’t let them get a reaction out of you.’ Together we started a club for neurodiverse people called The Aktion Club, and Ed asked me to be the president. He knew that I had leadership skills. It was hard when I graduated high school because I stopped seeing Ed every day. It made me a little sad that I couldn’t see him all the time but I knew that he was really busy because he had a family. And there were so many other students he had to help. But we still talked on the phone. And we met once a week for dinner at Riviera Pizza. I’m not sure what my life would have been like without him. I’d probably have been OK because I’m strong, but it would have been a lonely existence.”